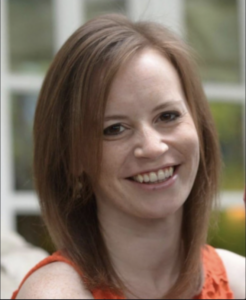 Dr. Ashley Boggan Dreff, cradle United Methodist, professor and author of Entangled: A History of American Methodism, Politics, and Sexuality and #Nevertheless: American Methodists and Women’s Rights, has been elected as General Secretary of the General Commission on Archives and History (GCAH). Her nomination from the search committee was voted and approved at a special meeting of the Commission on Oct. 30, 2020.

Dreff will come to GCAH from her current position as Assistant Professor of Religion and Director of Women’s and Gender Studies at High Point University. “I’m so incredibly honored, excited, and humbled to have been elected General Secretary,” said Dreff. “This is a dream come true for me. As a scholar, a Methodist historian, and the child of two UMC ministers, I’ve sought professionally to be a bridge between the church and the academy.”

“The whole denomination will be well served by Ashley’s passion for UMC history and her accomplishments to both the academy, her previous service to the Connectional Table and as a lifelong United Methodist,” said Bishop Jeremiah Park, head of the GCAH Commission. “We welcome her with gratitude for what’s formed and shaped her faith journey and how that will be part of the UMC’s future as a leading custodian of its history-making future.”

By preserving and promoting the UMC’s past, GCAH helps the church live into its future authentic to its sources. It offers assistance to local churches and Annual Conferences through publications, workshops, research services, and other programs. The Commission maintains relationships with the five Jurisdictional Commissions on Archives and History, the Central Conferences, the World Methodist Historical Society, the Historical Society of the UMC, the African American Methodist Heritage Center, the EUB Advisory Council, the Association for the Study of the Hispanic/Latino UMC, and the World Methodist Council.

“These next few years are going to be history in the making for The United Methodist Church,” said Dreff.

As an independent and neutral entity charged with keeping of the Church’s permanent record, GCAH brings context and insight to the visioning, planning, and programming of the UMC.

“GCAH will continue its ministry of memory,” stated Dreff, “and part of this ministry is leading and joining in tough conversations. Going back to the days of Wesley himself, Methodism has never been a unified movement. Its history is at times oppressive, harmful, and compromising, but it’s also liberating, hopeful, and revolutionary. I hope to work with the general agencies and caucuses to highlight the good, the bad, and the complicated stories of Methodism worldwide.”

Dreff will begin her work with GCAH on January 1, 2021 after relocating to Madison with her husband, Erik, and their two children. “I hope to inspire other scholars to explore Methodism’s complex relationship with various minority groups,” she said. “If there are any burgeoning Methodist historians out there, please reach out to me for support and encouragement.”