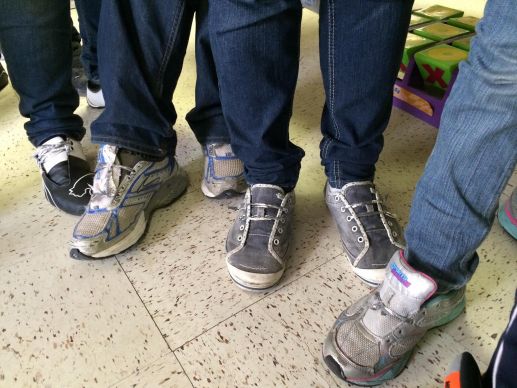 The Laredo (Texas) Humanitarian Relief Team is taking clothing donations as its helps with the sharp influx of Central Americans crossing the border. Requests include shoelaces, which the group says are needed since shoelaces are removed in detention.

In response to the rise in unaccompanied migrant children crossing the U.S. border, the executive committee of the Council of Bishops has called on United Methodists across the connection to “pray, reflect and engage in acts of compassion.”

According to U.S. Customs and Border Protection, tens of thousands of unaccompanied minors have been traveling through Mexico and arriving at the Southwest U.S. border in recent months, specifically in the Rio Grande Valley. About 75 percent of the migrant children are from El Salvador, Guatemala and Honduras.  As of mid-June, more than 52,000 children had been apprehended.

The influx of children is creating humanitarian challenges for the law enforcement organization as they seek to care for large numbers of children in need of food, water and shelter.  Many United Methodist churches are eager to help.   More on North Carolina Conference Response Here.

The text of the bishops’ statement reads:

“The United Methodist Church Council of Bishops Executive Committee, meeting in Chicago, July 16, 2014, calls on all United Methodists to pray, reflect on God’s Word, and engage in acts of compassion concerning the humanitarian crisis of thousands of unaccompanied children on the southern border of the United States.  There are also refugees and migrant people throughout the world for whom God and we have concern.

Jesus invited the children to come to him.  He called us to welcome strangers and love our neighbors as ourselves.  Let us be guided by Christ’s example.

We commend to all the July 18-20, 2014, “Interfaith Weekend of Compassion and Prayer for Unaccompanied Migrant Children

” and the “Pastoral Letter” from the United Methodist Bishops in Texas, as well as other resources available through our Annual Conferences and General Boards and Agencies.

As in all things, we seek to serve God, follow Christ, and be empowered by the Holy Spirit.”