Conference members recognized The Rev. Dr. Richard Hays, Dean of Duke Divinity School who is retiring after serving for six years to write and teach. He pointed out that the No. 1 Divinity School in the country has been named as Duke Divinity.  Further, he noted, the #1 basketball team is Duke University. He quipped, “I’m grateful to Coach K because his number 1 basketball team matches our number 1 Divinity School.”
He noted that his tenure as dean afforded him the “. . . privilege to travel and visit Methodist Churches.” In his experience, he observed, “There’s a narrative out there that the church is on the decline . . . but that doesn’t match very well with what I see. I am impressed by the . .. vitality I see.” “(We) have a message of mercy, truth, and hope, but most of all, (the church has) koinina, or fellowship to offer.” Referring to scripture, in John’s first letter, he reminded conference members, “We declare to you what we have seen and heard  . .  so our joy may be complete.” The world needs what we have to give – God’s love within the fellowship of Christ.
Native American Kenneth Locklear provided members of conference a poignant history lesson: John Wesley’s encounter “recognized Native Americans,” welcoming them through Bishop Asbury who visited the tribes in NC in the late 1700’s, and “after many centuries, the native people of NC are still here.”
For the Board of Institutions, Gray Southern reported that Asbury Homes, providing ministry for people with developmental delays, has struggled, and has decided to close the homes. Following the relocation of the residents to other facilities, Asbury will consider new ministry opportunities. 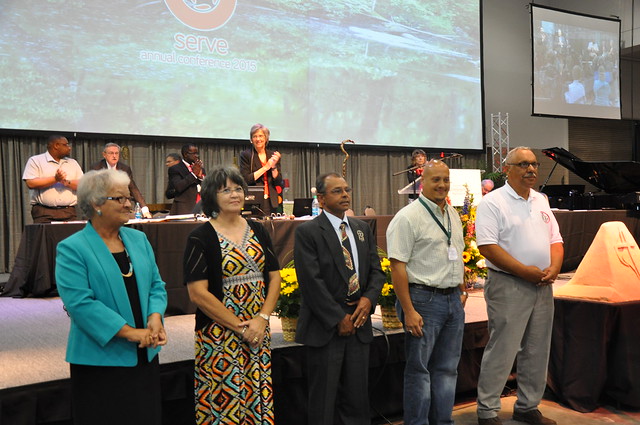 The Dr. Henry Denman Award, established by the Foundation for Evangelism, is awarded in each conference to celebrate outstanding personal evangelism ministry of  United Methodist Clergy, Laity and Youth. Since inception, more than 2,500 individuals have been honored. The 2015 NC Conference recipients, based on their impact on the lives of others, are the Rev. John Farmer, Retired Director of Camp Don Lee; Abby Martin, Horne Memorial UMC, Clayton; Joey Gore, Wrightsboro UMC; and Matthew Marks, Kipling UMC. 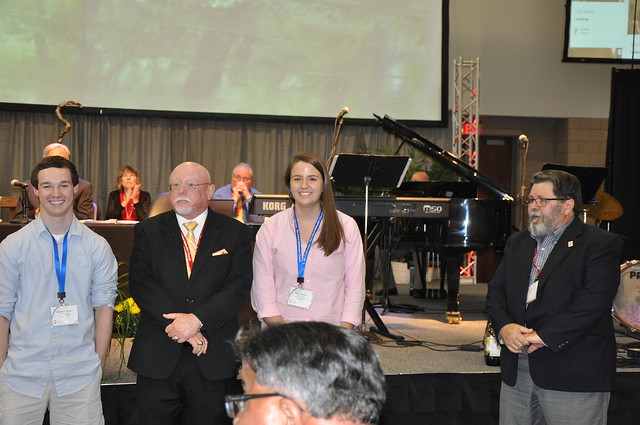 Westview UMC, Burgaw, received the Key Taylor Rural Church Ministry Award, has a membership of fewer than 250 members and participates fully in both connectional and local missions. The United Methodist Foundation administers this award of $1570 for the 2015 recipient. 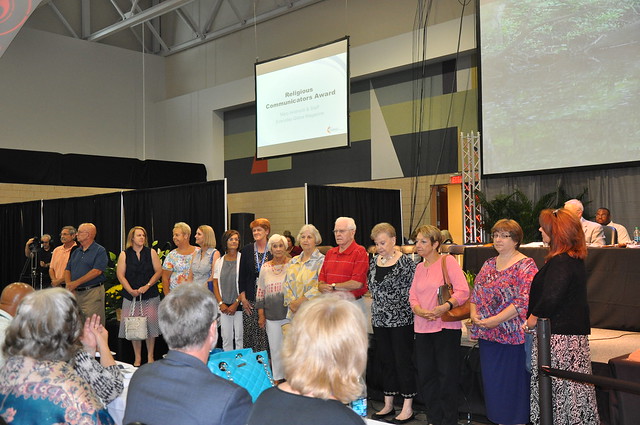 The Saints of God Stewardship Award was established in 1994 by Raleigh resident Gordon Smith III in memory of his mother, Jean Poe Smith. Each year the award recognizes “outstanding Christian stewardship and service” within the NC Conference of the United Methodist Church. The award gets its name from the hymn “I Sing a Song of the Saints of God.” This year’s recipient is Dan Pate, Pinehurst UMC.
The Asbury Award encourages ministry in higher education and was awarded to Mike Safley, retired VP for Religious Life at Methodist University.
2015 Religious Communicators DeRose-Hinkhouse Award for Best in Class – Periodicals went to Communications Director Mary Andreolli and the staff of Everyday Grace Magazine. This national organization was formed in 1929 as an interfaith communications group.

We congratulate all of those who received awards this year.